Planning Dakotah’s 2nd birthday was so much fun. First we were deciding on Elmo, but that phase quickly changed when she discovered minnie mouse! I didn’t realize how many ideas were online for this theme. It was an overload. Minnie Overload

Of course miss koko has a wild personality so we decided to go with a non-commercial minnie mouse theme with zebra & hot pinks. 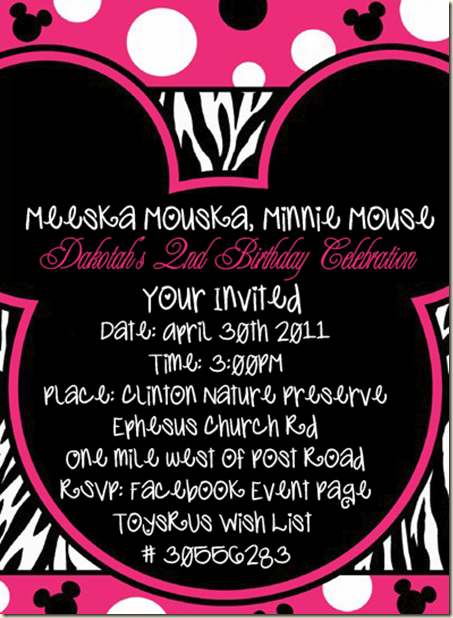 I made these on photoshop. I had a more elegant one but i let my hunny, mother, & sister vote on which to use & this one was the winner.

I first started by making a piñata. I used the tutorial found here. Mine didn’t turn out exactly like hers, due to the fact I only did this project while koko was napping & she woke up so I rushed in the end.

Since there were going to be a bunch of little ones at her party, I converted this into a pull-string piñata, but everyone insisted on smashing it! 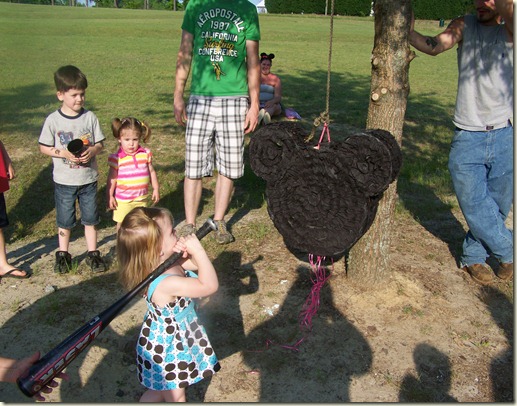 And with a little help from mommy the kids go wild! 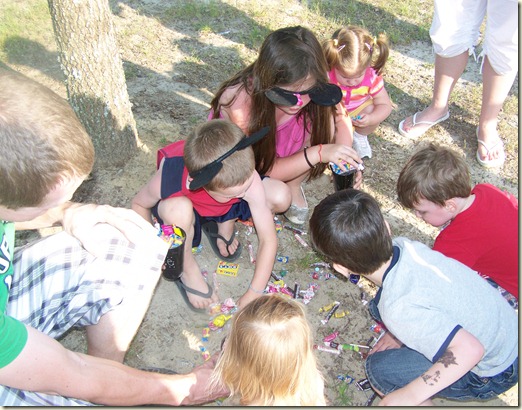 Next I made the headbands. This was pretty simple, I used the tutorial here. The longest part was cutting all those circles. Then I made removal bows for the girls’ headband. I made  small pinks ones for them, then a special polka dot one for the birthday girl! 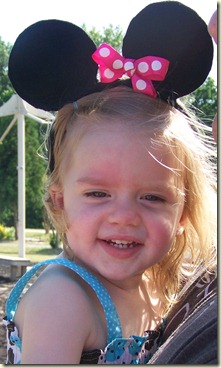 This next project was pretty fun & entertaining. I made a Dum Dum Pop Topiary. It started with a bubblegum topiary but I wanted something that could double as a prize & was edible. It’s traditional at Koko’s party to have a counting game. Last year was a vase full of caterpillars (gummy worms), this year Minnie Head of suckers. 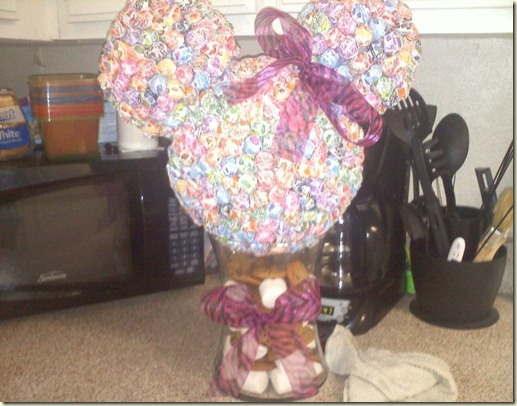 The supply list was simple, (2) 5 inch styrofoam balls, (1) 10 inch & dum dums, LOTS OF DUM DUMS, I used a dowel rod  & that easter basket filling to cover the flower pot.  I started with one bag of 300 but that only covered the ears! I ended up having to buy another bag for the head. 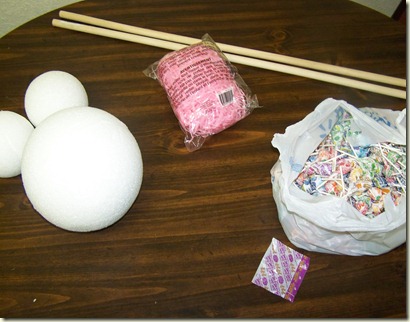 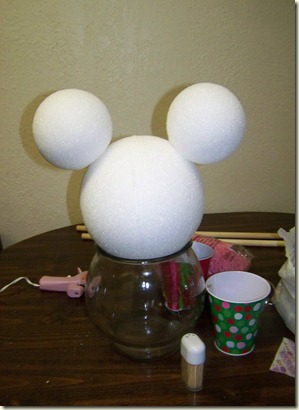 If you do this project I recommend you use popsicle sticks to hold the ears on. They get heavy after all the suckers are placed on it. Hot glue didn’t work very well! 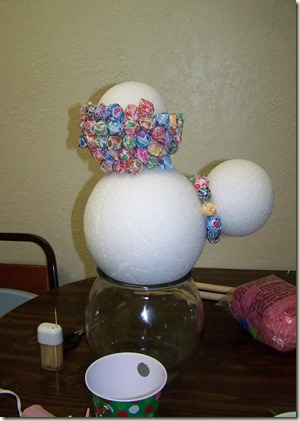 Also, you should cut the stems of the suckers. Only about an inch or so. I got blisters from doing this. UGH! 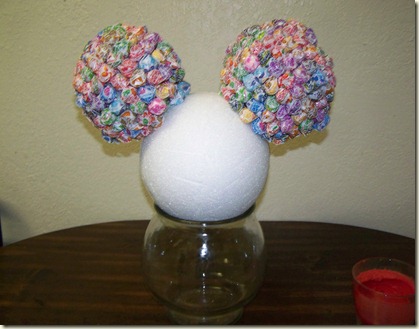 I used the fish bowl for support, it helped a lot. 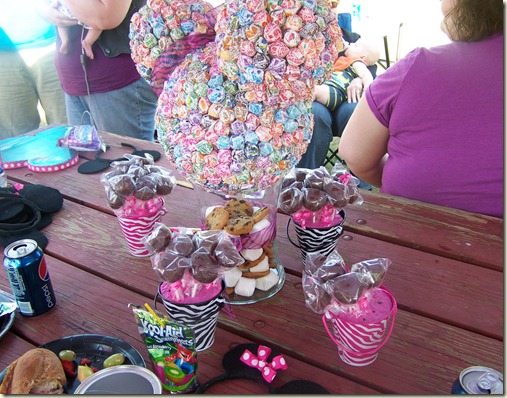 I AM NEVER THE PHOTOGRAPHER AT HER PARTIES OTHERWISE THIS PHOTO WOULDV’E BEEN BETTER.

I used a vase instead of making it like the topiaries because it was way to heavy for that. It has a really cute pink zebra bow on the front side. I believe the total # of dumdums was over 300!

Sorry I didn’t manage to get a photo of the favor cups but it was just basic black cups with silver writing on them. I filled it with crayons, a homemade coloring book with Minnie & Mickey, silly bands, homemade slime & my very own s’mores creation marshmallow pops. (Just marshmallows covered in chocolate, rolled in graham crackers.) Those were a HUGE hit at the party! I put all the cups in a polka dot goody bag then tied pink ribbon around them . 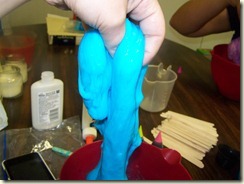 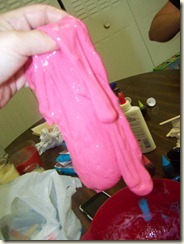 We did cupcakes, I made a a stand just for this occasion. It was AWESOME! I was especially proud of those! 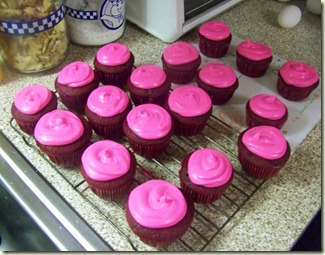 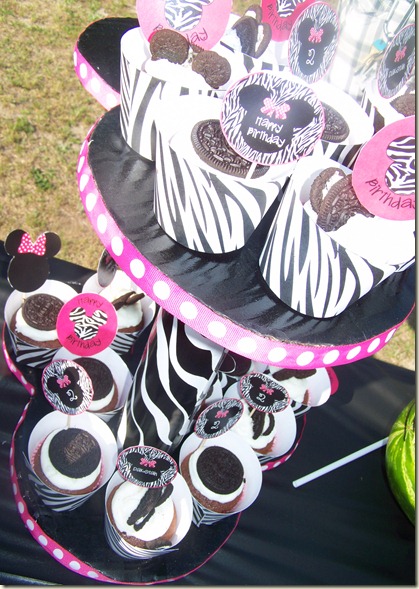 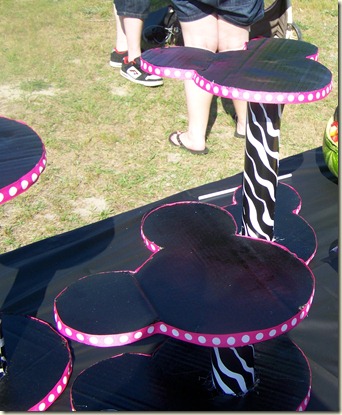 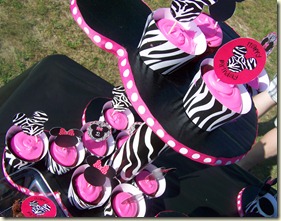 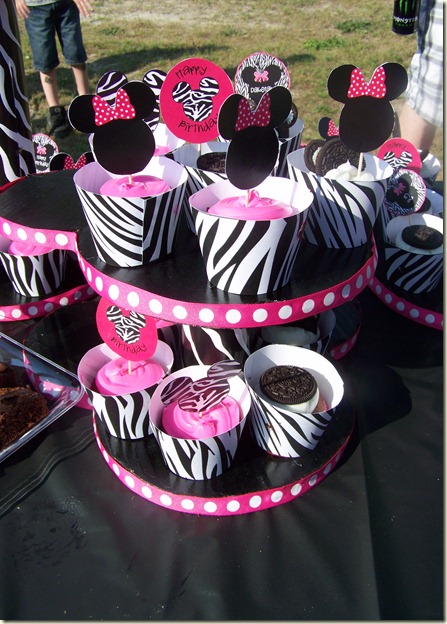 The party overall was a huge success. Despite our tardiness & the fact that we forgot the cupcakes, it was a wondering day & I am so thankful for everyone that got to share this day with us.

NOW TIME TO PLAN NEXT YEAR!

Posted by Mattnjessicad at 9:03 AM